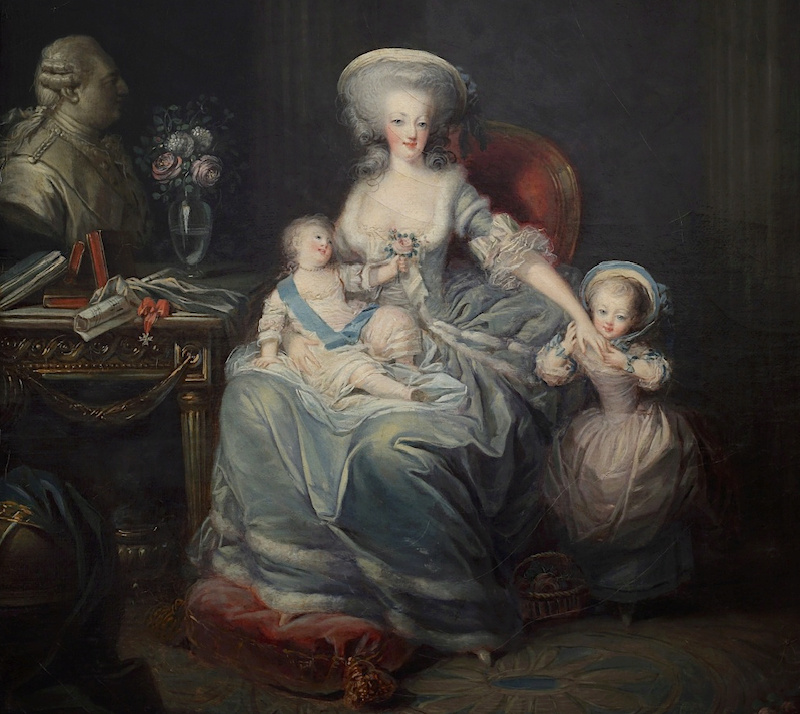 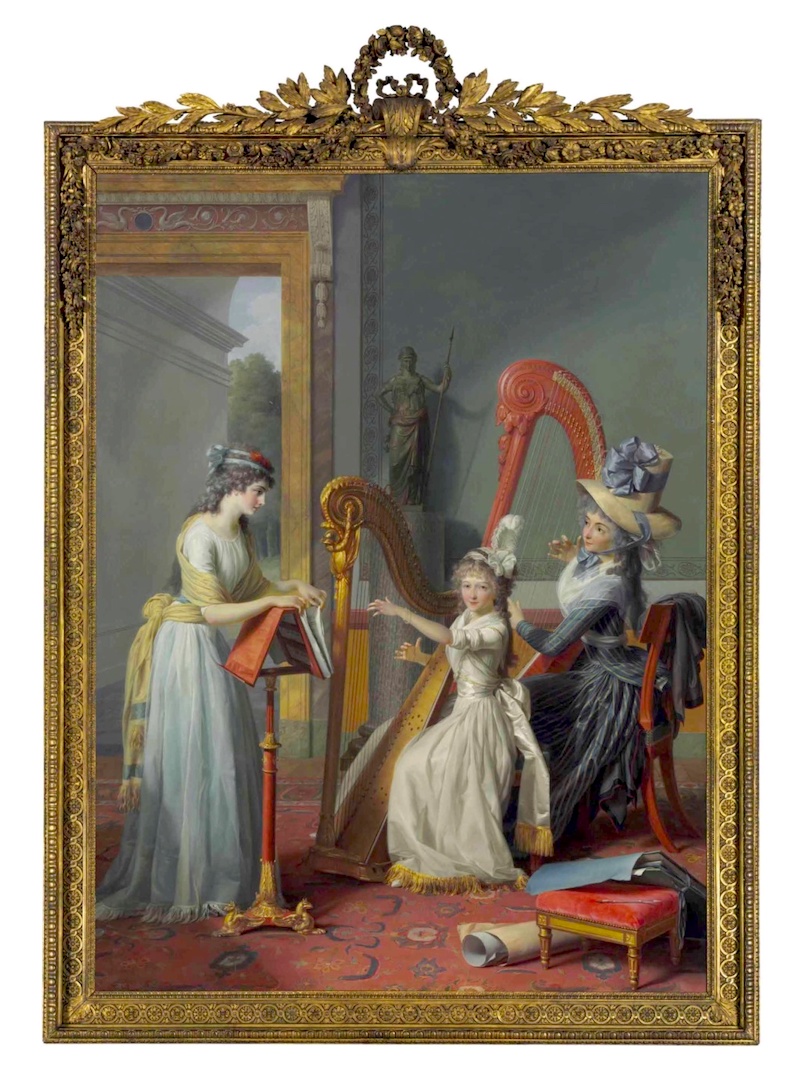 Giroust’s large and elegant conversation piece "à l’anglaise" is a masterpiece of portraiture at the start of the French Revolution.
It depicts the daughter of Louis-Philippe-Joseph de Bourbon, Duc d’Orléans (1747-1793), the future ‘Philippe Égalité’, taking a music lesson from her governess Madame de Genlis, while her English companion, Mademoiselle Paméla, looks on. 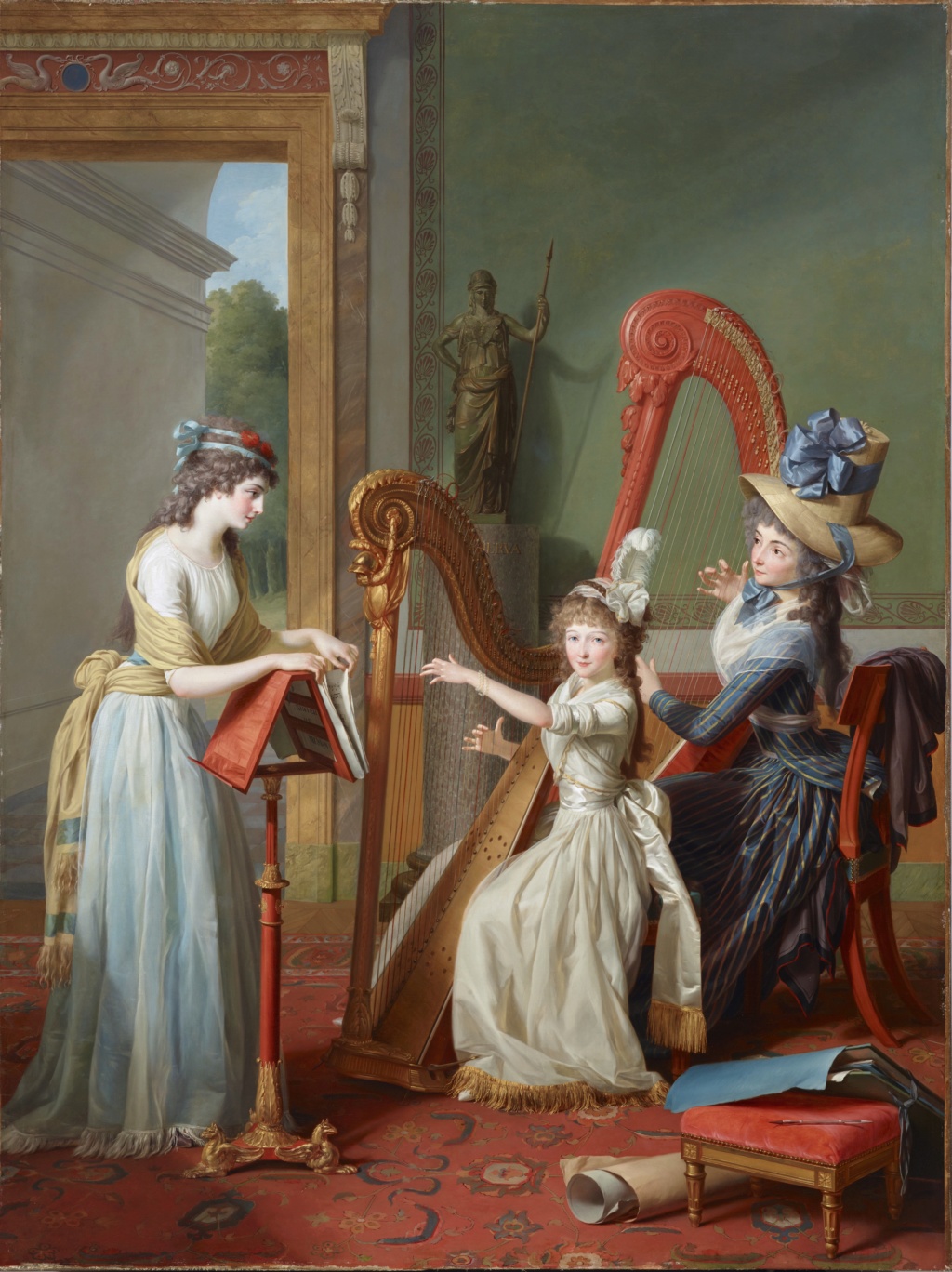 The portrait was undoubtedly painted just prior to its exhibition in September 1791 at the newly democratized Salon, where its presence was far from fortuitous.
The political atmosphere in Paris at the time was so charged against the monarchy – two months previously, Louis XVI and his family had been caught trying to escape the country and were forcibly brought back to Paris – that the ambitious Orléans, by then a prominent member of the Jacobin party, saw an opportunity to have himself declared regent.
With this goal in mind, his propaganda strategists at the Palais Royal availed themselves of all the media, including the arts, to promote his cause. 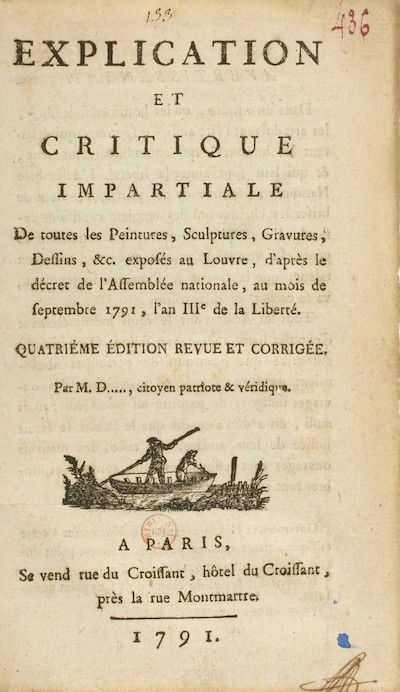 Antoine Giroust had been a full member of the Académie since 1789 and, like Jacques-Louis David, was an outspoken critic of its membership’s conservative policies. By 1791 he had become official painter to the Orléans court and was even attached to the Duc’s household.
In his professional career he had followed a traditional course as a pupil of Joseph Marie Vien in Paris, and he later acquired a reputation as a history painter during his student years in Rome. He was adept at conveying moral and political meaning through his compositions.

The fourteen-year-old Eugene-Louise-Adelaïde de Bourbon Orléans (1777-1847), who was the daughter of the Duc d’Orléans and Louise-Marie-Adelaide de Bourbon Penthièvre, herself descended from Louis XIV by his legitimized bastard son, the Comte de Toulouse, and was heiress to the largest private fortune in France.
She had a twin sister who died in 1782, as well as three brothers, the oldest of whom later ruled France as King Louis-Philippe.

Unconventionally, the rearing of the Orléans children had been entrusted to a woman, the talented aristocrat, Félicité Ducrest de Saint-Aubin (1746-1830), wife of the military chief of staff, Charles Bruslart, Comte de Genlis, and Marquis de Sillery (1737-1793).
From her position as Duchesse d’Orléans’s lady-in-waiting, Madame de Genlis had been for a time the Duc’s mistress and henceforth wielded considerable influence.
A tireless novelist, Madame de Genlis was also a brilliant and innovative teacher.
She and her assistants provided their princely charges with an encyclopedic education, instructing them in modern and classical languages, history, geography, politics, mathematics, sciences and mechanical arts, drawing and music.

Orléans was famously anglophile and to please him, in 1780, Madame de Genlis had brought to France as a companion for his offspring, a dark-haired girl born four years earlier in Newfoundland, who grew to be the handsome young woman standing at left in Giroust’s painting.
She was the illegitimate daughter of an English gentleman, William de Birxey, and a certain Mary Sims. Her true name appears to have been Anne Stephanie Caroline Sims, but her new guardians chose to call her “Paméla” in honor of the heroine of Richardson’s novel of the same name. She grew up with Mademoiselle d’Orléans and Madame de Genlis’s children in a pavilion on the grounds of the Couvent des Dames de Bellechasse.
A beautiful adolescent, she became a main attraction in the Orléans-Genlis political salon.

Madame de Genlis, depicted playing the harp in Giroust’s painting was, by all accounts, a virtuoso on the instrument.

Her dedication to it was much celebrated; she was said to have practiced the harp for eight or nine hours a day, an image which raised the hackles of her (many) enemies, such as the Baronne d’Oberkirch, who proclaimed:
“an immensely ridiculous feature of this unfeminine woman is her harp. She carries it about everywhere, talks about it when she is without it, she with strum on a crust of bread and goes at it with a string.” 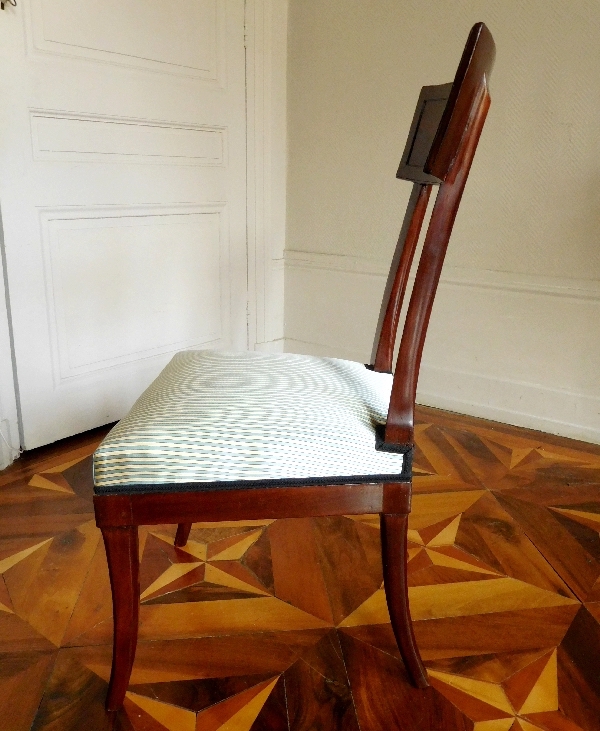 It is a temple of reason and civic virtue over which presides a bronze statue of a warlike Minerva wearing a Phrygian bonnet and holding a pike, already regarded as symbols of the Revolution. 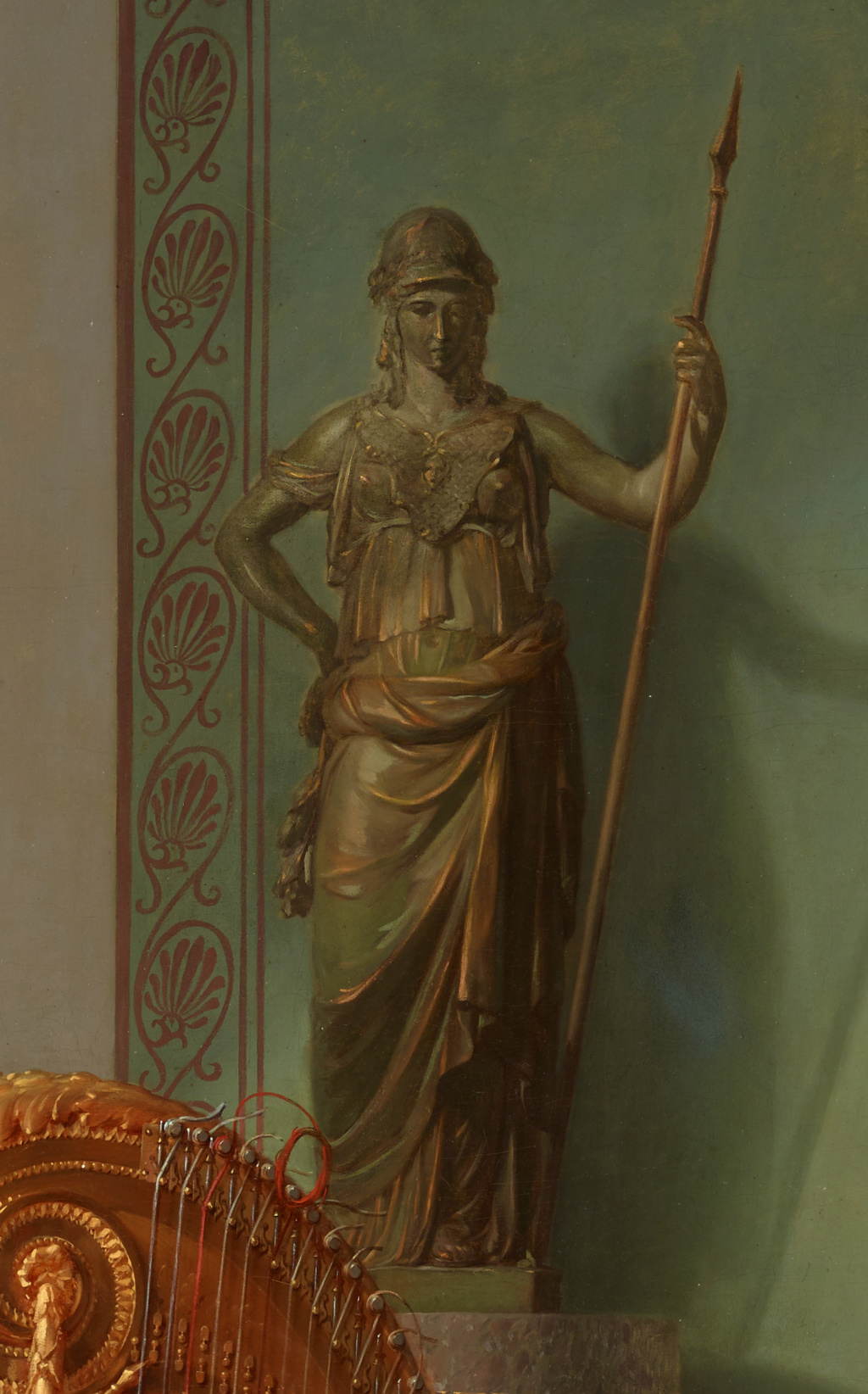 In a publicity stunt, Madame de Genlis visited the Salon where Giroust’s portrait was on exhibition, accompanied by Mademoiselle d’Orléans and Paméla, and all three sporting Phrygian bonnets.

“Among the portraits, I noticed that of Madamoiselle d’Orléans. She is represented in the foreground of the painting playing a harp. Mademoiselle Paméla, dressed like a Greek maiden, opens the part books. Madame Sillery accompanies her…. When all three arrived in front of the painting, the portrait was forsaken, and people had eyes only for the subjects themselves. They were wearing Liberty bonnets, which are becoming even on the heads of the enemies of our liberties.”

All three of Giroust’s sitters emigrated in 1792.

The same year, at Tournai, Paméla married the famous Irish patriot Lord Edward Fitzgerald (1763-1798), by whom she would have three children. After his death, she wed a Mr. Pitcairn, the American consul at Hamburg, but after the birth of a child they separated.
In 1812, she went back to France, traveling from place to place and living on an annuity provided by Louis-Philippe, who refused to meet with her. She died destitute in Paris in November 1831.

Madame de Genlis survived by her wits in various parts of Germany until she was able to return to France in 1800. Bonaparte pensioned her and gave her lodgings at the Arsenal, where she continued to write.

Madamoiselle d’Orléans led a peripatetic existence in Switzerland, Germany, Spain, England and Italy until the Bourbon Restoration, when she was allowed to return to France.
During the July Monarchy, she was the most trusted confidant of her brother, King Louis-Philippe. She died at the Tuileries Palace shortly before he fell from power.

In 1842, Louis-Philippe commissioned Jean-Baptiste Mauzaisse (1784-1844) to paint a copy of the present painting (then in the French King’s collection) for the historical gallery at Versailles, where it remains. 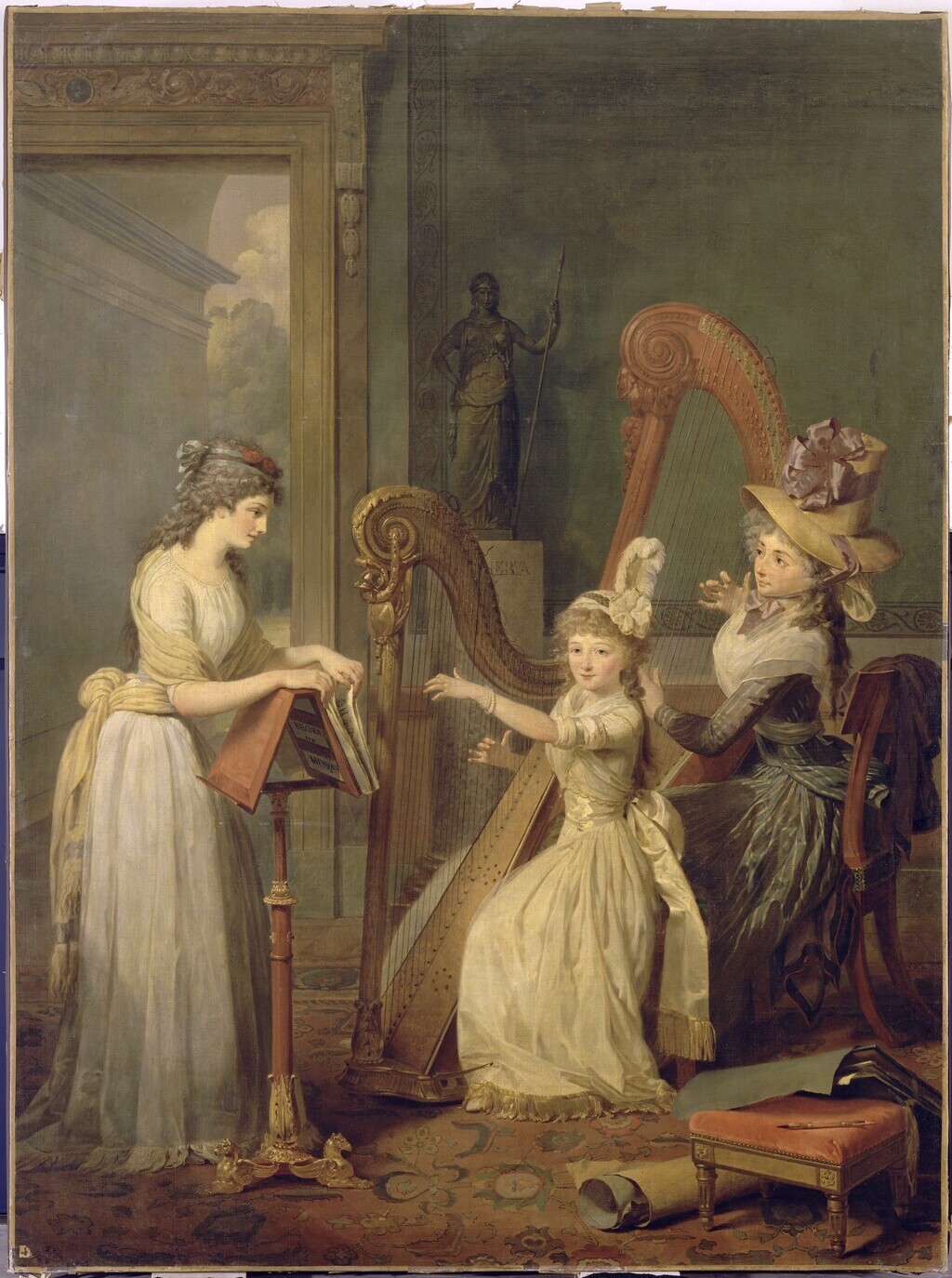 * Note Text : Our thanks to Joseph Baillio for permitting us to reprint an edited version of his original entry for this lot.
* Source : Christie's 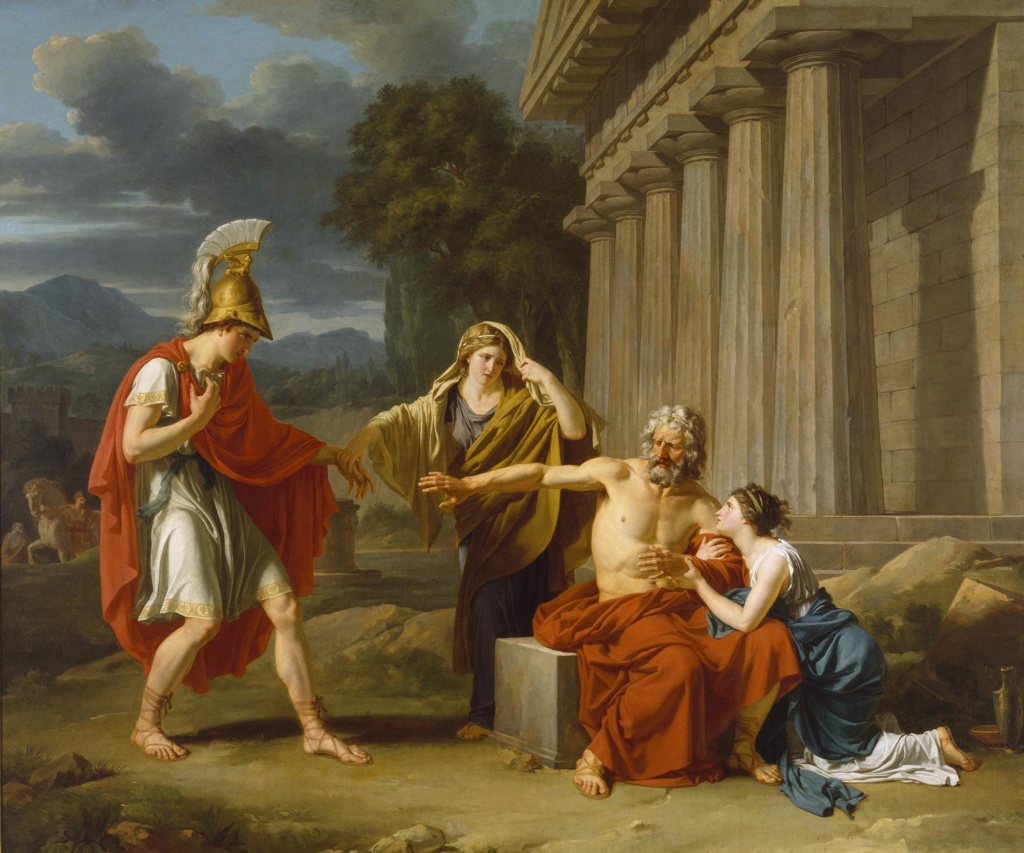 Oedipe à Colonne
Jean-Antoine-Théodore Giroust
Oil on canvas, 1788
With this painting, Jean Antoine Théodore Giroust earned admission into the French Royal Academy. It shows his mastery of the Neoclassical style, which is characterized by strong lines, vivid colors, and depictions of Greek and Roman mythological themes.
Dallas Museum of Art, Foundation for the Arts Collection, Mrs. John B. O'Hara Fund
Image : courtesy Dallas Museum of Art 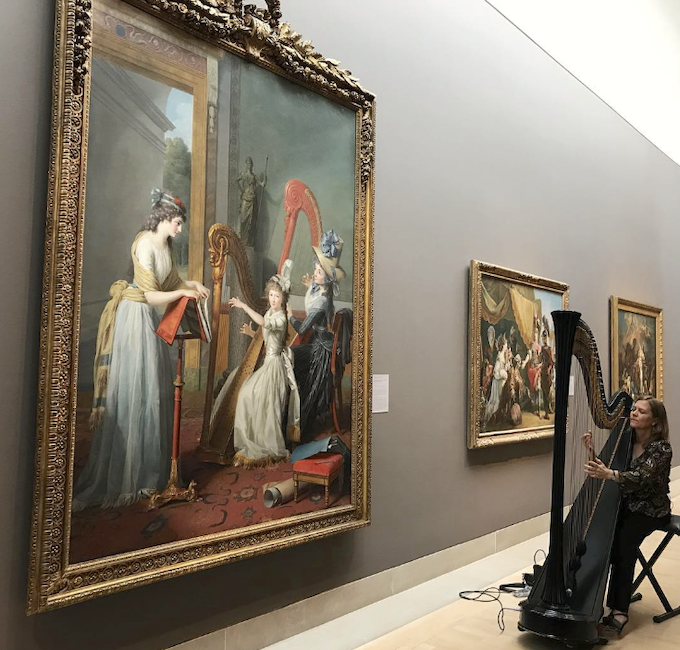 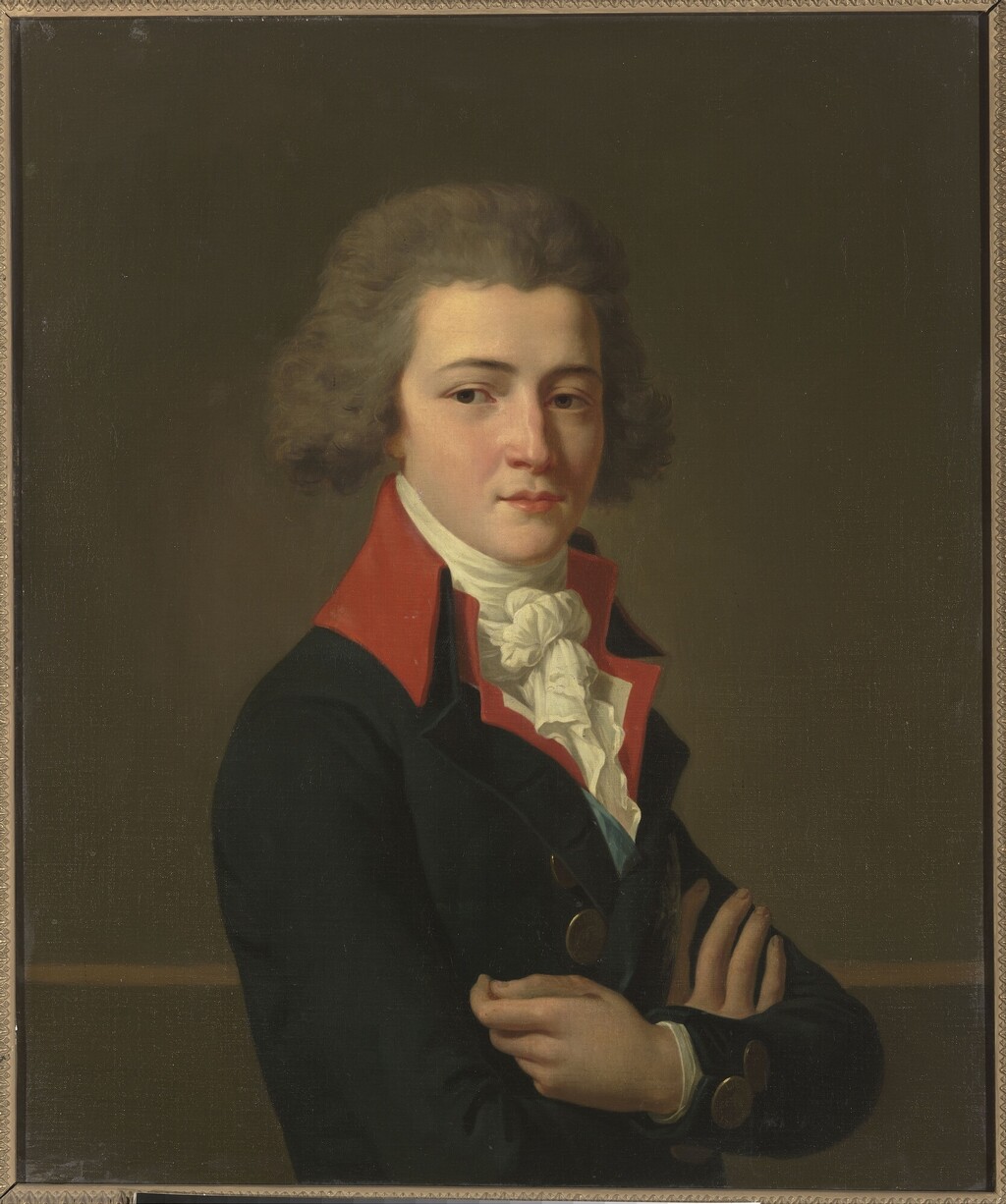 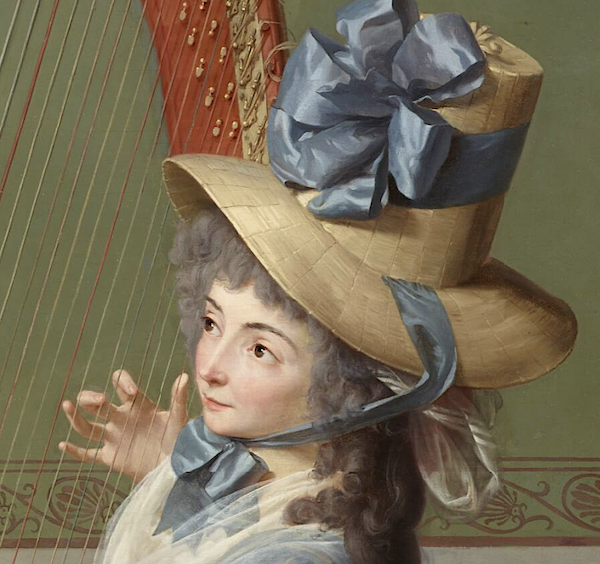 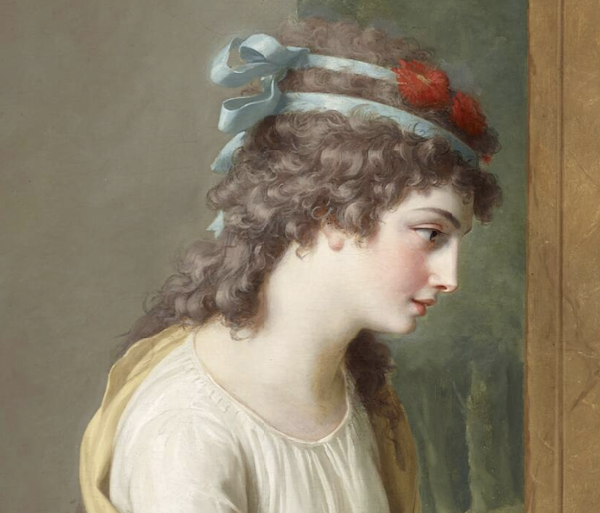 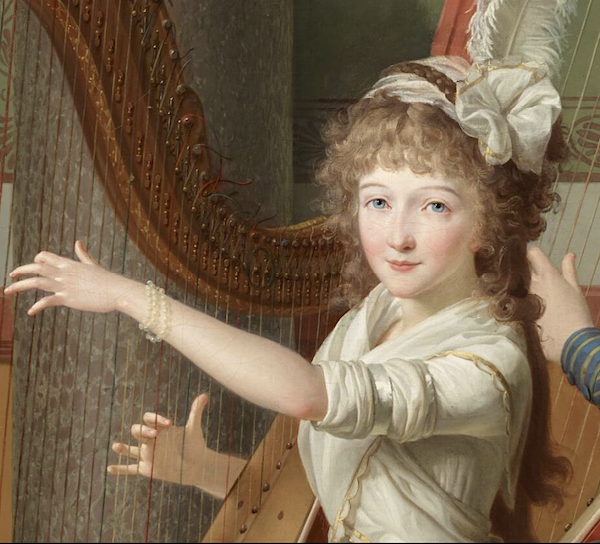 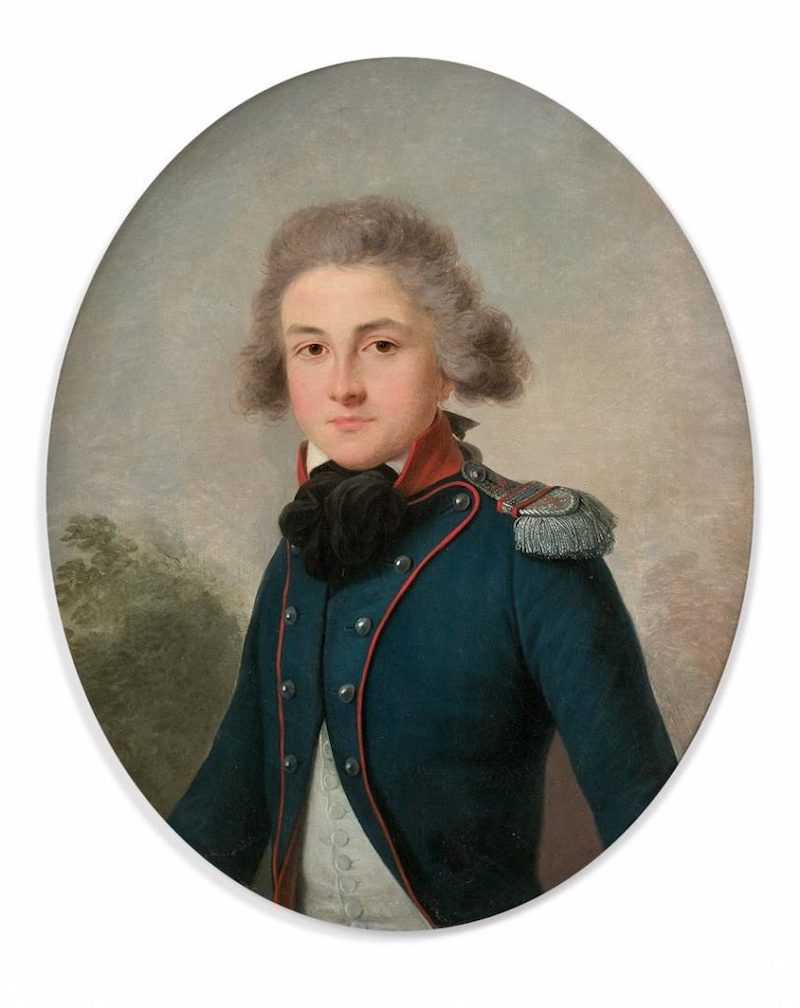